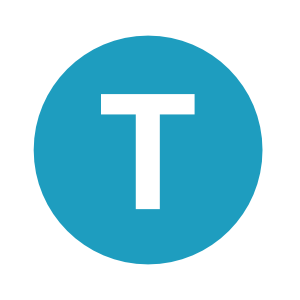 some of us are brave

I have had many interesting discussions about my essay on race, reality and “don’t go!” graduate school advice. I thank the Chronicle of Higher Ed for picking it up. I revised their printing with a clear statement that, I hoped, responded to comments I had already received on my blog:

This is not an argument for the unilateral benefits of graduate school for black students. I assume that the students in question want to attend graduate school. I, too, caution against the excessive accrual of debt in pursuit of a degree. I wish the calculation of risk were universal. It would suggest something akin to social and economic parity. Absent that utopian reality, black students have to take into account qualitatively different considerations in their calculation of the risk, cost, and rewards of pursuing graduate education. Blanket “don’t go” advice ignores that reality.

I received lots of great feedback. Black graduate students especially went out of their way to send me thank you love notes for voicing their experiences. I am honored they thought I did that. I also got lots of feedback from black professors that I have read, cited, and admired. One Gloria Billings said eloquently on twitter: #blackphdizdifferent. I enjoyed that.

I also heard from poor and working class white students and graduates who said my analysis felt very familiar to their experiences in choosing graduate school. I appreciated that even as I made a deliberate choice to focus on black students in my piece. I am from rural North Carolina. The fact that poor white people exist is not news to me. I know we often have a great deal in common. In fact, I find I often have more in common socially with my white first gen grad students than I do second and third generation black graduate students. At minimum, southern working class whites often share my definition of what constitutes real banana pudding (BAKED, people! Not that junk in a Jell-O box!). I did make the distinction, though, for a few reasons. One, empirically it was a clearer argument. Two, race does still seem to exceed class effects in mobility outcomes. Three, I thought the most glaring omission from the advice I was responding to was that of the experience of black students. However, I strongly encourage people to write about this experience from non-black, non-elite experiences from across the ethnicity spectrum.

There was also a great deal of criticism. Someone took offense to me calling my HBCU undergrad “low status”. In the words of one of my committee members: acknowledging prestige doesn’t mean I personally believe it. The prestige hierarchy is a real social reality, even if I did enjoy pledging, stepping, football games, and my rhetoric courses at Dear Ol’ NCCU.

Then there were those messages that veered into professionally untoward. I will leave those alone.

Others misrepresented my argument as one that excuses the high cost of graduate school attendance for those without financial support. I do not know what more I could have said to be clear that I was not saying that. I literally say in the essay:

Along the way I saw lots of stories like this one recently published by Slate. It’s on the far right extreme of the “don’t go!” advice market, but it is indicative of what that advice entails. It’s some combination of an assessment of the academic labor market, the odds of getting a tenure-track appointment, the high cost of graduate school, and the emotional toil.

That advice is not wrong.

Beyond performing an interpretive dance to TuPac’s “I Ain’t Mad At Cha” I don’t know what I else I could have said to clarify that I do not think “don’t go” advice is unilaterally wrong. I think it is less wrong for some than for others. It’s called nuance. However, I’m still open to the interpretive dance with a causal diagram of my argument up on a screen if someone wants to provide me travel and a honorarium.

I was accused of being privileged. I don’t deny that. I have generous funding at Emory University. I absolutely write from that place. However, that’s a pretty limited privilege as far as social privileges go when one considers the empirical evidence supporting the saliency of race and gender and class, on all of which I hit the genetic crap shoot. As I have offered to do many times in the past, I am willing to trade my privilege for a white American’s non-privilege almost any day of the week just for funsies.

There were serious well-intentioned critiques, too. Many of them pointed towards the differences among degrees and disciplines. Point well taken. That is why my argument talks about graduate school and not specifically a PhD in Germanic Languages. Let me tell you why I did not make that distinction. I tell you in the opening paragraphs of the essay about my journey to academia. When I was reading all those guide books and essays the distinctions that are so meaningful to many of you (and now to me, yay professionalization!), were absolutely meaningless. Absolutely. You said “humanities PhD” and I heard PhD because what is the difference to someone not well-versed in the language of academia? Thus, the importance of social closure and information in vetting advice. For many people, graduate school is graduate school. Also, I do not think that differentiating among a masters degree in engineering and (the much maligned) PhD in humanities invalidates my conclusion that we “consider a calculation of social distance, cost, aspiration, prestige, and returns on investment” that “give students a patchwork quilt of tools to determine the graduate-school math for themselves”.

Clarifying such distinctions in a 1,000 word essay that doesn’t get you tenure and promotion anyway may indeed be an unfair onus. Thus, I do not put it on advice givers to clarify. I close by asking us to only reflect on the implicit specificity of our advice that is presented as universal. That can be as easy as saying “your mileage may vary if you are not white and middle class” and getting back to your point. Or, it can be as easy as narrowing the scope of your essay to black students as opposed to white working class first-gen students because you recognize the complexities of your intended subject. Or, it can mean recognizing that some students you advise are different from you and sending them to get more opinions from others who are less different than they are.

That’s all. Reflection and specificity is all I’m arguing for. Well, that and “race matters” but then we end where we began.

This entry was posted on April 25, 2013 by tressiemc22 in Uncategorized and tagged "chronicle of highered", grad school, race.